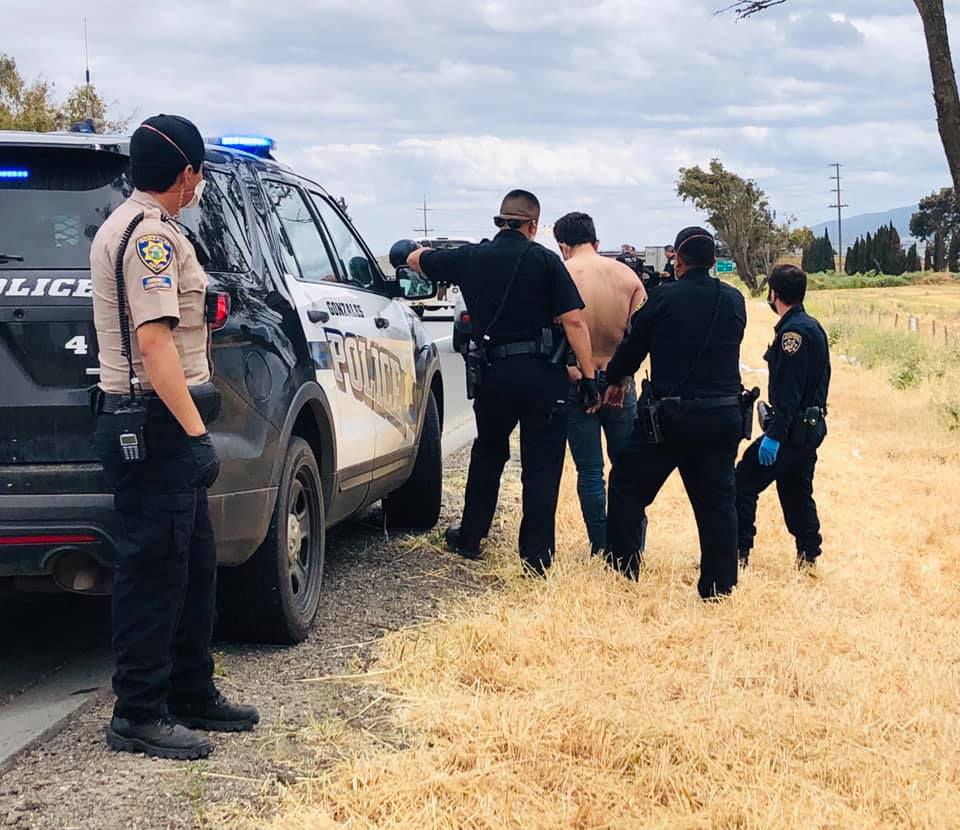 Kings County Deputy Sheriff's Association recently released a post on Facebook about Governor Gavin Newsom's $0 bail policy and it's effects on California citizens. The post featured an incident in our own County in the city of Gonzales.

Long story short, our law enforcement officers are having a hell of a time keeping criminals off the street and it's only going to get worse. Here's the full article from the Kings County Deputy Sheriff's Association's Facebook page.

As we wind down we want to highlight some disturbing trends and upcoming issues that will effect all of us.

The first is the $0 bail that has wreaked havoc up and down our State by releasing thousands of criminals and preventing thousands more from being booked into custody. We wanted to highlight one $0 bail incident and there are so many more we literally had to draw one from our KCDSA ball cap.

The winner comes to us from Monterey County. Daniel Orozco was released last week due to the $0 bail for driving under the influence of drugs and driving the wrong way. Within 10 minutes of his release he forced a woman from her car in an effort to carjack the vehicle. He proceeded to choke the 11 year old child in the car until the woman gave up her car keys.

The 11 year old suffered minor injuries but was very shaken up. Daniel was later arrested again and booked back into jail, where he should’ve been in the first place.

This case is one of many that demonstrates the dangers of eliminating bail. The current $0 bail extends 90 days past the end of Governor Newsom's emergency order. At the moment the emergency order has no end in sight. We would also like to point out that due to the emergency order the subjects released have zero opportunity to obtain employment. Thus they are left to continue in their life of crime which now has next to no repercussions.

This will lead us up to November 3, 2020 where the voters will be able to vote on the California Replace Cash Bail with Risk Assessments Referendum. The title is a mouthful and we MUST vote NO! Having no bail is placing all of us in increased danger and is a slap in face of law and order. To make this law official would be devastating to our communities and families.

If the $0 bail and the numerous other pro crime laws enacted in the last decade was not enough here comes more troubling news. Due to the State magically going in two months from a more than $20 billion dollar surplus to a $54 billion dollar deficit comes devastating news to law abiding citizens.

Governor Newsom is proposing to significantly shrink the footprint of California's prison system, partly because of massive budget cuts prompted by the pandemic but also because of philosophy.

The revised budget he sent to state lawmakers this week envisions closing two state prisons in the coming years; cutting nearly one in five of the 43 inmate firefighter camps; and eventually closing all three state-run juvenile prisons.

Folks, we cannot use words strong enough or descriptive enough to adequately explain the negative impact this will have on all of us in California.

Governor Newsom has taken a pro-crime, pro-criminal approach toward each situation he has been faced with as Governor. The KCDSA wonders when he will put the hard-working law-abiding tax payer first? Based on Governor Newsom's progressive views on the criminal justice system we do not think he will. It will be up to us to change the State's direction.

In order to change our path we must reach out to local State Representatives and encourage them to pass laws that benefit our citizens. We must educate ourselves when we vote. This November the KCDSA will be putting out a voter guide on law enforcement related issues to better assist anyone who may be on the fence regarding a certain piece of legislation.